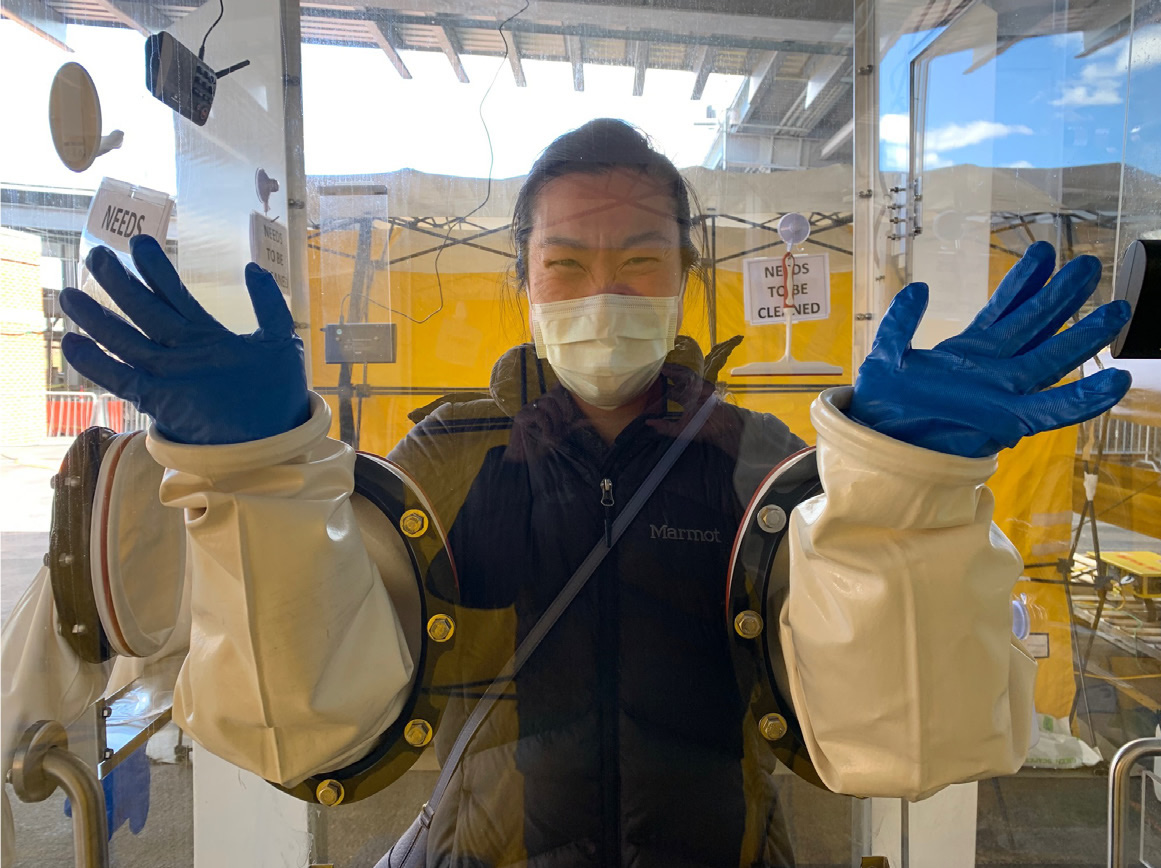 The concept, based on testing “phone booths” used in South Korea, was being tested at Newton-Wellesley Hospital just nine days after conception. That prototype was eventually sent to Mass General’s Chelsea HealthCare Center, where area residents have been particularly hard-hit by the virus.

As of the end of August, more than 25,000 tests have been performed via Hexapods at four sites across MGH, with a daily average of 99 tests performed on each Hexapod since mid-April. Hexapods have enabled a testing capacity increase of more than 320 percent compared to pre-booth testing capacity (the average patient can be tested in 46 seconds), and have enabled more than $42,000 in cost-savings from gown supplies alone.

“We’ve worked to combine the skills and talents of engineers, designers and care providers with the feedback and experience of actual users—like our colleagues in South Korea and here at home—to develop a device that works well for both patients and caregivers,” Olson said.