Ending the COVID-19 Pandemic Together

Ending the COVID-19 Pandemic Together

This story is part of our Summer 2021 Newsletter. To read the full newsletter, click here.

ON DECEMBER 8, 2020, Margaret Keenan, a 91-year-old woman, received the first approved Pfizer-BioNTech COVID-19 vaccine dose in the world. Pfizer and BioNTech collaborated to produce the vaccine in less than a year. Moving through clinical trials and producing an effective vaccine in such a short period of time is one of this generation’s greatest biotechnological achievements.

However, the Pfizer-BioNTech vaccine was just the first vaccine to be approved by the European Union, the Food and Drug Agency in the United States, and the World Health Organization (WHO). Both Moderna and Johnson & Johnson have since received approval for their vaccines; AstraZeneca’s vaccine has been approved in many countries; Novavax entered their vaccine in Phase 3 clinical trials; and China, Russia, and India have also produced their own vaccines.

The WHO supplemented the approval of vaccines by making recommendations on how to prioritize vaccinating the most vulnerable. Vaccine priority guidelines generally listed healthcare workers and elderly populations first, then adults at higher risk of COVID-19 infection, and finally the rest of the population. The WHO also collaborated with Gavi, the Vaccine Alliance, and the Coalition for Epidemic Preparedness (CEPI) to create COVAX, an initiative designed to acquire and equitably distribute vaccines, focused on delivering them to low- and middle-income countries.

These wide disparities in global vaccination rates contributed to the COVID-19 surges in India, Brazil, and other Southeast Asian countries in April. On May 6, at the peak of their surge, India reported 414,188 cases of COVID-19. The following week, India saw over 4,000 people dying of COVID-19 every day. Less than 10% of India’s adult population had received even a single vaccine dose at the beginning of the surge. In contrast, 40% of United States adults had received at least one vaccine dose by the beginning of May.

“In a pandemic, we as a global society remain vulnerable when we refuse to protect our most marginalized communities— healthcare heroes, and their patients deserve to and must be vaccinated for all of us to recover together.”

Even before the first vaccines were approved, the MGH Center for Global Health (CGH) supported two papers warning against the possibility of vaccine inequity. Then, from the moment providers started administering vaccines, CGH began working to raise the alarm on the fruition of this inequity.

“There is a myth that the world is fighting over a set supply of vaccines,” Rosenberg says. “The truth is that if we work together, we can increase vaccine production to supply the world and deliver those vaccines in a way that maximizes health for everyone.”

Operating with this perspective, the open letter called on the Biden administration’s support for intellectual property waivers, implored pharmaceutical companies to share technology to increase vaccine production, and stressed the importance of increasing funding for the COVAX initiative. 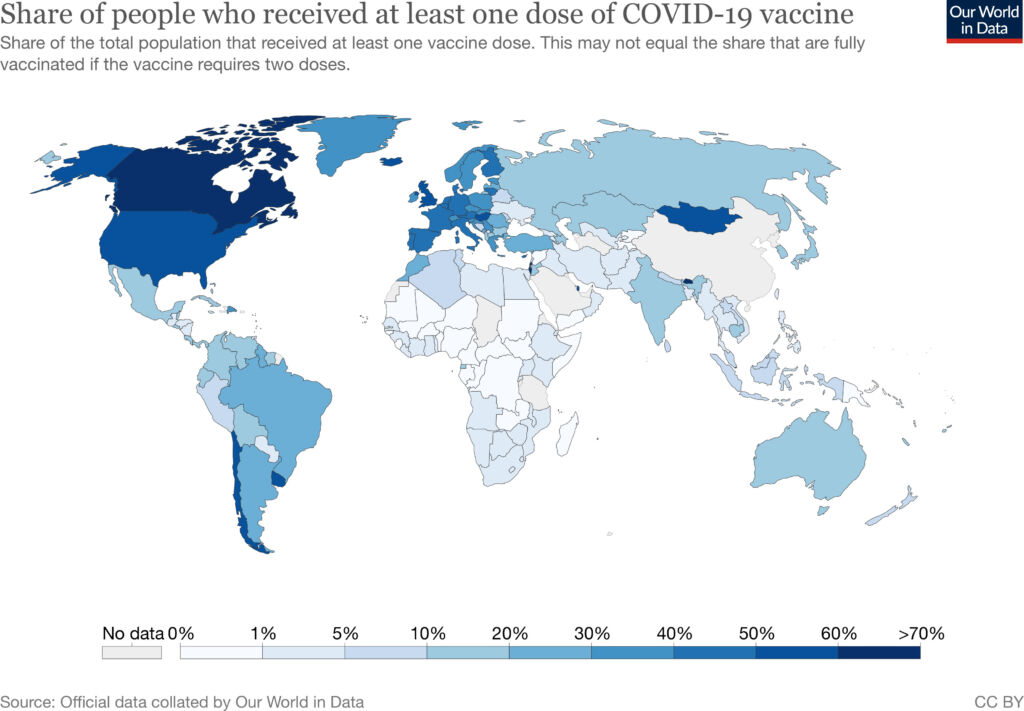 On May 5, while India contended with the peak of its COVID-19 surge, United States Ambassador Katherine Tai issued a statement signaling the Biden administration’s support for waiving intellectual property protections on COVID-19 vaccines. The statement reversed the administration’s previous position on intellectual property waivers and was seen as a small victory in the many steps needed to end the pandemic.

“Transmission anywhere is a risk for transmission everywhere,” Ivers says. “You can’t contain a pandemic in just one place and think that you’re going to be successful in the long term.”