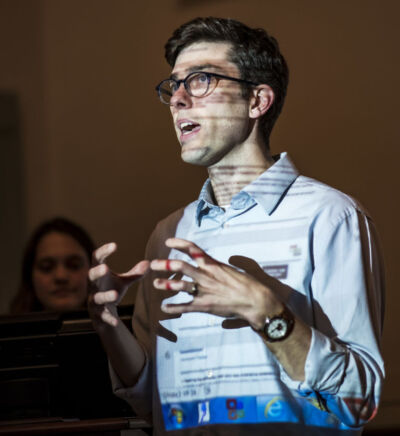 THE MGH ASYLUM CLINIC, led by Matt Gartland, MD, Director of the Center for Global Health (CGH) Asylum Clinic, has been instrumental in securing the release of several immigrants from a detention facility in North Dartmouth. Gartland recently co-authored an article published in Lancet Infectious Diseases examining the elevated risk of COVID-19 to incarcerated individuals, including immigrants in ICE detention. In collaboration with Nathan Praschan, MD, MGH Psychiatry, he also wrote a declaration in a lawsuit brought by Lawyers for Civil Rights against ICE on behalf of individuals in ICE detention at the MA Bristol County House of Corrections.

The suit, which Lawyers for Civil Rights called the first coronavirus class action case against ICE, petitioned for the release of 147 individuals from detention, citing unsafe and inhumane conditions. District Judge William G. Young cited Gartland and Praschan’s declaration in his decision ordering detainees’ release; as of early May, 50 individuals had been released.

Through the Asylum Clinic, MGH clinicians volunteer their time to provide independent, forensic medical assessments of individuals seeking asylum based on a past history of physical or mental abuse. Evidence has found asylum applicants who underwent a medical exam received asylum 89 percent of the time, compared with under 38 percent of all asylum seekers nationally. Throughout the pandemic, the clinic has continued to pursue its mission by providing comprehensive virtual exams to clients.