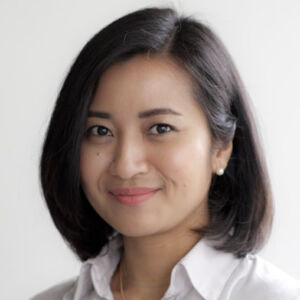 Manami Uechi, MD, MMSc, is a Program Coordinator at the MGH Asylum Clinic. Dr. Uechi is a primary care physician and global health practitioner by training. She has trained in clinical settings of different scales in the United States, Japan, Indonesia, Hungary, Bhutan, and Cambodia. Prior to moving to Boston, Dr. Uechi worked as an inaugural research fellow at a national global health policy think tank in Tokyo, and collaborated with various stakeholders to improve migrants’ and refugees’ health in the Southeast Asia and the Middle East. Dr. Uechi’s research interests include racial health equity and social justice in the context of global coloniality, and some of her research focuses on the intersections between food insecurity, malnutrition, and diet-related non-communicable diseases (NCDs) among Indigenous peoples and other historically marginalized and oppressed populations in both urban and rural settings.

Dr. Uechi is a proud Uchinanchu (Okinawan), and she first came to the U.S. at the age of 15 as an exchange student in rural Michigan. She holds a BS in Nutritional Sciences from Cornell University, a Bachelor of Medicine and a Doctor of Medicine from Universitas Indonesia, and received her Master of Medical Sciences in Global Health Delivery from Harvard University.